Not to be confused with Comeback Season (song). 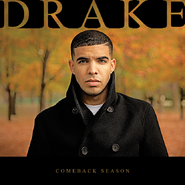 Also in 2007, Graham became the first unsigned Canadian rapper to have his music video featured on BET when his first single, "Replacement Girl," was featured as the "New Joint of the Day" on April 30, 2007.

Community content is available under CC-BY-SA unless otherwise noted.
Advertisement