Not to be confused with So Far Gone (mixtape). 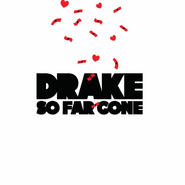 So Fart Gone is the debut extended play by Canadian recording artist Drake, released on September 15, 2009, originally released as a mixtape on February 13, 2009. It features only five songs from the mixtape, and two new songs. There are guest appearances by Trey Songz, Lil Wayne, Bun B, and Young Jeezy. Its four singles are "Best I Ever Had", "Uptown", "Forever", and "Successful". In April 2010, the EP won Rap Recording of the Year at the 2010 Juno Awards.

So Far Gone was originally released as the third mixtape from Drake in February of 2009. As a result of the mixtape's success, an EP was determined to be released in later in the year on September 15th, 2009. The track-list however cuts the original seventeen songs on the mixtape to only seven on the EP. A track titled "Fear" serves as the transition song between So Far Gone and his debut studio album Thank Me Later. Drake described the song in an interview with MTV as "eerie", and mentioned that "the last line of the third verse is gonna be the first line on my album [Thank Me Later]".

Some songs were very succesful and recieved even more promtion with remixes, such as Best I Ever Had, which had a remix with Nicki Minaj .

Community content is available under CC-BY-SA unless otherwise noted.
Advertisement